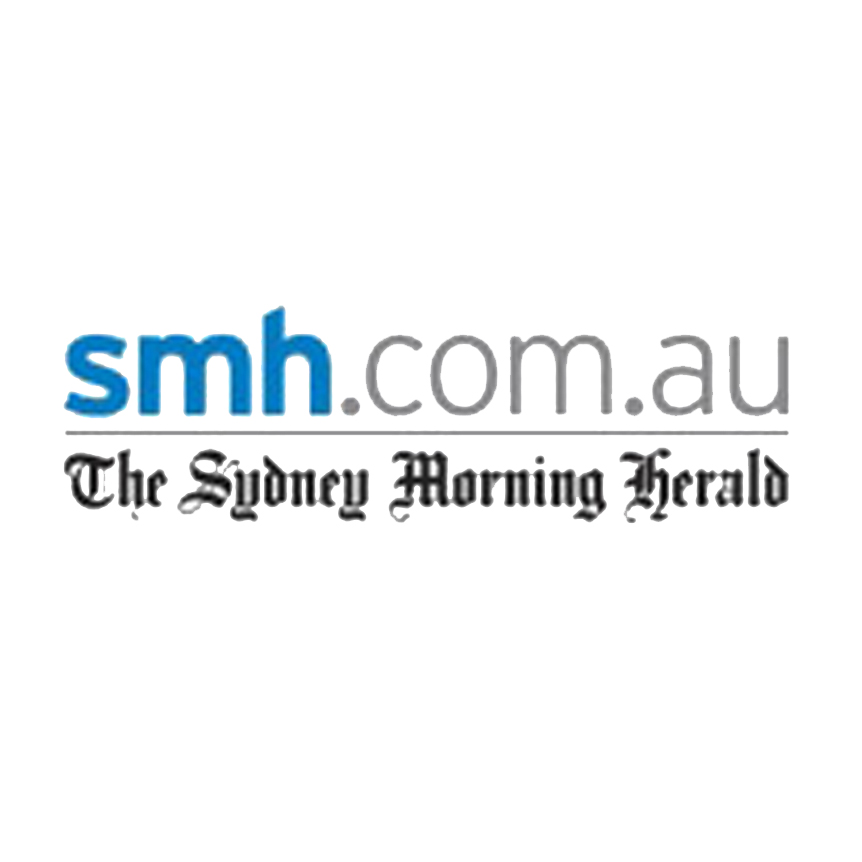 Ever wondered what happened to that old flame? Social media now makes every day a school reunion. Peter Munro reports on the rekindled relationships of ‘retrosexuals’.

He was the boy of her dreams and then, much later, the man. The intervening years delivered partners, children and wrinkles, new homes and jobs, a new country – all with someone else.

But she often dreamt of the boy with the black hair and big smile. In one dream they were riding escalators in opposite directions in a shopping centre. She tried to reach him or change direction but kept losing him in the crowd.

Samantha Malopito would wake frustrated and unhappily married. So the day her high school boyfriend called she almost had to pinch herself. ”Definitely there were sparks there,” she says. ”It wasn’t awkward at all. We had that ready-made connection. Speaking to him kind of brought the old me back.”

His voice reminded her of the 17-year-old girl with long blonde hair and bags of potential.

Samantha’s situation is not unique. Increasingly, where the average age of social media users has crept over 40, people are throwing themselves back into the arms of old school loves. Now every day is a potential school reunion.

Many people can’t resist the urge to reconnect, often at the cost of marriages and families. The breakdown of a long partnership prompts some to seek to reconnect with a time when they were young, loved and in love. Like any emerging population, such relationships have attracted their own epithet: the retrosexuals.

The heat of an old flame seems to stick deep in the brain, often flaring decades later. Samantha and Kirk had separated when they were 17, in 1993, after her mother fell sick and the family moved to Sydney from Auckland for medical treatment. Samantha wrote Kirk a few letters but he was never good with a pen. He found other girlfriends. She wed young and had children.

She was in the end days of an eight-year marriage, recently separated with three young children and a fourth on the way, when her sister found Kirk through a school reunion website and passed on her phone number. Samantha, now aged 38, never imagined they might reunite: ”He was a fond memory.” But hearing Kirk’s voice on the phone in March 2003 took her back to a happier time. When life was easier if not better: before bills, stress and a failed marriage. ”Not being able to make a relationship work can make you feel a bit of a failure. So I think we do reflect on a happier time in our life and equate happiness with that era and the people who were part of that era,” she says.

”You don’t have the potential you felt you had when you were younger. You can start to become jaded. Kirk was fantastic at reminding me who I am and that I could still achieve things and be happy.”

They married in 2005 and now have nine children, including the four kids from Samantha’s first marriage. She says their shared past made it easier to connect.

”It’s opportunism … It’s not always easy for someone in a full-time job with children to go out seeking people, but school years are all about interaction.”

This month she went to a high school reunion in Sydney. There a friend confessed she had recently told a high-school boyfriend she still loved him. ”The feelings were still there even though it was so many years later and they were not together,” Samantha says.

SOME people never really let go. Feelings of regret or missed opportunity are hard to shake. In the ”lost loves” section on the Oz Reunions website, Brian is still looking for Pauline Avery, ”the prettiest girl” in Dapto Primary School class 6A, 1958. In a separate posting, someone searches for his ”first true love” Gabriel O’Callahan, from Burwood, Victoria: ”I regret that I let you go.”

It is natural during or after a traumatic experience, such as a marriage breakdown or death, to reach for something solid and reliable, says psychologist Anne Hollonds, former chief executive of Relationships Australia NSW. ”Something from the past may feel more secure than the unknown,” she says.

Some lost loves haunt people through subsequent relationships, she adds. Perhaps the past is a means of escape from your life today. ”When people are in midlife it is naturally a period of some stress when you are in a long-term relationship. A certain cohort of the population is reaching a certain age and looking around,” she says.

The sight, sound or even smell of a first love seems to burrow deep into the brain. Professor Ian Hickie, of the Brain and Mind Research Institute at the University of Sydney, says strong emotional attachments in late adolescence and early adulthood are marked like Post-it notes in our memories. ”Strong emotionality gives it stronger salience, it sticks,” he says.

Chris Wilkinson and Brian Beard were partners at her teenage debut at Moorabbin Town Hall in 1966. They went to dancing lessons on Thursday nights and dated for more than a year before her father was promoted and moved the family from Melbourne to Sydney.

More than three decades later, Chris was 53 and mired in her second unhappy marriage when Brian called one Friday night. He had recently separated from his wife and was living in Shepparton, Victoria. His daughter had seen an old photograph from the debut and, when Brian said he often thought of his old dancing partner, she tracked down Chris online to a small country town in Queensland.

By chance, Chris was flying to Melbourne the next weekend, so Brian picked her up from the airport and they drove around to their old homes and school. ”It was like we had never been apart,” Chris says now.

A month later she packed the car and left her husband. Brian met her in Brisbane and they drove together to their new home in Victoria. ”It was a random thing. Brian was probably the person I needed to make me believe that I had some self-worth,” Chris says.

Did he make her feel young again? ”Oh yes,” she says.

On Tuesday night they celebrated their eighth wedding anniversary at a Shepparton bistro. They are now both 62. ”Sometimes you meet people in your life you connect with and they stay in your heart or your mind forever,” Chris says. ”I have met up with other boyfriends in the past and they didn’t hold the same appeal.

”I think for some people it is an escape, an opportunity to taste forbidden fruit. But I think it is dangerous if there are young children involved because I think your guilt would get you down. In my case the only person who I was going to hurt was my husband, and he had been hurting me for a while.”

In Marcel Proust’s Remembrance of Things Past, the taste of a madeleine cake excites in the author memories of long lost Sunday mornings. Now the Friends Reunited website, which claims to have more than 24 million members, spruiks perfumes apparently reminiscent of decades past (including the ”musky seductive smell” of the 1970s disco era).

First love is played out regularly on television and in movies; as saleable as Valentine’s Day.

But many rekindlers I spoke to recalled small but sincere encounters from their youth.

Graphic designer Catherine Frank, 43, reunited with a university friend two decades after they parted and speaks fondly about the time he cycled to the airport to see her off. ”Maybe you do look back and think about the people who were really good to you and seemed to really care, and that’s important,” she says.

Some early memories set the standard for the type of person we want in life. Janine Rowse remembers how Adam Wells would sit behind her in primary school in the Melbourne suburb of Bentleigh holding up an ”I LOVE JR” sign that made her blush. When the chance came to sing alongside her in the school play he switched from lunchtime sports to the stage.

They lost contact for a decade when his family moved to Williamstown. Rowse, who is now a GP, recalls as a child looking for him in the phone book. Two years ago she finally did, through Facebook.

Soon after, Wells, a firefighter, separated from his girlfriend. He and Rowse moved in together in Canberra. Last Saturday, they were married in Williamstown. Rowse, 29, wore a gold ring that was forged from a necklace Wells had given her in year 5 (stolen from his mother).

”I didn’t know I was looking for Adam but when I found him I was complete, no doubt,” Rowse says. ”He was the missing piece I didn’t know was missing.”

Dr Nancy Kalish, who has studied lost loves in the US for more than 20 years, has found the average age of people who rekindle old romances is surprisingly young: between 30 and 35. An absence of about 10 years seems to spark a yearning.

But Kalish, who is Professor Emeritus of psychology at California State University, says the use of social media has changed the reasons why people rekindle such relationships.

In 1993-96, the majority of the 1000 people she surveyed had purposefully sought out their lost love and reunited successfully – particularly when they were initially forced to separate for ”situational reasons”, such as parental disapproval.

Of the total participants, 82 per cent had been adolescents during their initial romances and 72 per cent reported they were still together when they filled out the survey.

But a decade later, in 2004-05, Kalish found the spread of social media was tipping people into ”accidental affairs”.

More than 60 per cent of the 1300 new recruits she surveyed reported they had cheated on their spouse with their lost love, despite many of them claiming to have been happily married.

Only 5 per cent were still with their ”retro” partners, in many cases because they stayed in their marriage.

Social media had not so much assisted such affairs as created them, Kalish argues. ”People are meeting on Facebook when they have no inkling these feelings will come back. The first exchanges are innocent, then they start reminiscing. It’s secret, it’s exciting.”

The most common reason people gave for initially contacting a lost love was because they dreamt about them. But Kalish warns against putting much stock in dreams.

”It is not a middle-age phenomenon. What’s happened is where [once] affairs happened in midlife over a lost love, now they are happening in people’s 30s when they have young children in the home,” she says.

Rekindled romances ”are no average affairs”, she adds.

”They grew up together, they shared roots, they formed identities together … The fact they separated in their youth makes the feelings that much stronger when they reunite. They are determined to have the control they lacked the first time around, when situations or their parents stood in the way.

”It is not a midlife crisis. The reunion is a continuation of a love that was interrupted.” 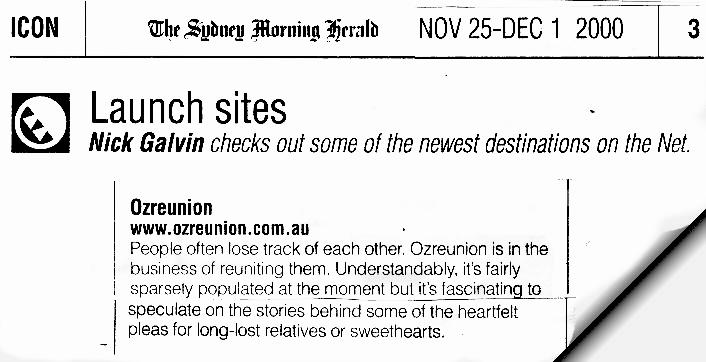